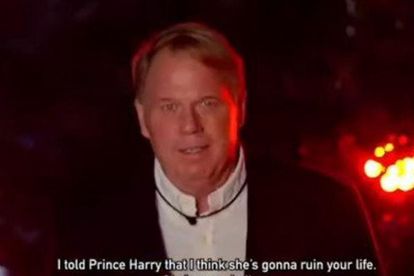 The American — who reportedly works as a window fitter — has joined the Australian version of the show, which will premiere later this year on Channel 7.

And viewers can expect all the tea to split if the trailer is anything to go by!

In a promo for Big Brother VIP released on social media, Thomas – who shares father Thomas Markle Sr with the royal — can be heard essentially hailing his sister as ‘bad news’.

He can be heard telling the camera: “I’m Meghan Markle’s brother. I’m the biggest brother of them all.

“I told Prince Harry that I think she’s going to ruin your life. She’s very shallow.”

Thomas’ scathing remarks will likely be a drop in the ocean of what viewers can expect of the man whose entire family has been estranged from the mom of two, who recently turned 40.

Meghan’s older sister Samantha and father Thomas Sr as well as a number of nieces and nephews have capitalised on her name with explosive interviews with the press.

Just last month Thomas Sr – who was first snubbed prior to Meghan’s royal wedding and who claims his daughter is “selfish” and “narcissistic”  – told Fox News that he would file a petition to US courts to allow him visitation rights to his two grandchildren.

Then there is Samantha, who not only wrote a shocking tell-all about Meghan titled; The Diary of Princess Pushy’s Sister, but has also used every available opportunity to put the royal publicly on blast.

“I can’t say I can love somebody who is so unbelievably cruel,” she recently said of Meghan to GB News host Dan Wootton.

Whilst viewers of Big Brother VIP are likely to be excited at the inclusion of Meghan Markle’s sibling in the show, the same can’t be said about the rest of the cast, which includes reality star Caitlyn Jenner and notorious Donald Trump ally and advisor Omarosa Manigault Newman.

Tweeps have expressed their disapproval over the seven ‘stars’ who will be locked up in a house together for several weeks.

Here’s what tweeps have had to say about it;