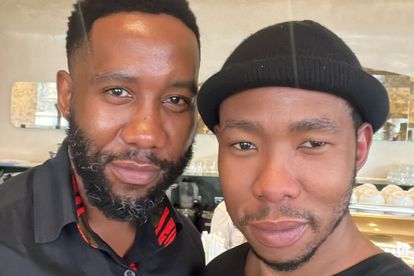 Days after his arrest for allegedly being in possession of an unlicensed firearm and suspected drugs, Mbuso Mandela has been bailed out, by his older brother Ndaba.

Mbuso – who has an extensive rap sheet – was arrested earlier this week after police raided his apartment in Morningside, north of Johannesburg, claims City Press.

According to the publication, police were tipped off by Mbuso’s landlord.

According to City Press, Mbuso Mandela was arrested on Wednesday evening after tenants in the complex alerted the landlord to suspicious behaviour.

The 30-year-old was bailed out of police custody by his brother Ndaba, whose father is the late Makgatho Mandela.

In a bizarre tweet, Ndaba – who according to Sunday World, accused Mbuso of stealing money from him in 2015 to allegedly buy drugs – chastised his younger sibling.

Tweeting an image of him and Mbuso, he posted on Friday 6 May: “Bailed my brother out this morning. Been telling him for years now to watch the company he keeps… Can’t do time for other people’s kak! Hope the penny really dropped this time”.

But Twitter users were not so sure of Ndaba Mandela’s words about his brother Mbuso.

@MaS1banda: “What if, and hear me out here, he is the company he keeps?”

@African_Spring: “He will never take responsibility for his actions as long as you keep making excuses for him”

@Zukoh: “It’s always ‘other people’s kak!’ That’s why he won’t learn anything from his mistakes”.

Earlier this year, Mbuso Mandela made headlines after he admitted in an Instagram Live video to beating and strangling his girlfriend.

The claim was later refuted by his girlfriend, who stated that Mbuso “lied” about his video confession.

But the allegations were the latest in a string of many, including: