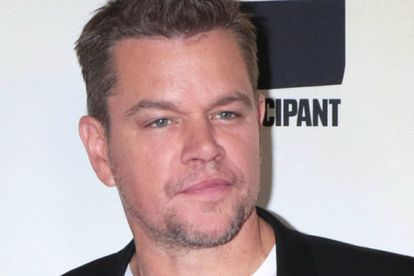 Matt Damon has recently decided to stop using a homophobic slur at the request of his daughter.

In a recent interview with The Sunday Times about masculinity and his new film, Stillwater, the actor talked about the dinner conversation with his family that made him reassess his language.

“The word that my daughter calls the ‘f-slur for a homosexual’ was commonly used when I was a kid, with a different application,” he explained.

“I made a joke, months ago, and got a treatise from my daughter. She left the table. I said, ‘Come on, that’s a joke! I say it in the movie Stuck on You!‘ She went to her room and wrote a very long, beautiful treatise on how that word is dangerous. I said, ‘I retire the f-slur!’ I understood.”

People were quick to criticise Damon for using the word until very recently, with American Horror Story star Billy Eichner tweeting, “I want to know what word Matt Damon has replaced f****t with”.

“Imagine this headline about any other derogatory ethnic/racial/religious etc slur being used in 2021. People would be up in arms and rightfully so. But you’re still allowed to be homophobic in this fake-woke industry. HAPPY PRIDE!!”

Damon has also received criticism for his remarks towards #MeToo

In his interview, the Good Will Hunting star also commented on the backlash he received in light of his remarks regarding the #MeToo Movement, where he equated his passion for the issue to being a father to four daughters.

Criticism at the time focused on how the actor show care about the issue as a person, not just his relation to being a father to daughters.

He has grown to understand where the criticism came from, saying:

“It’s a fair point. Anybody should be offended by that behaviour.”