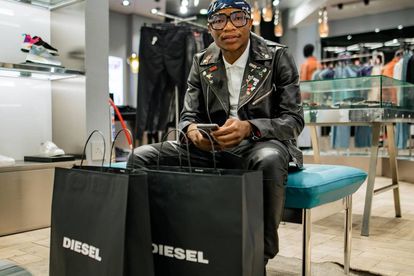 Have a few euros in your pocket and don’t know what to do with them? Master KG has just the answer…Spoil yourself with a R28 000 jacket! The Jerusalema hitmaker’s fans could not believe their eyes when they saw the price tag of Master KG’s brand new leather jacket.

ALSO READ: From SA to Italy! Master KG bags a deal for his independent record label

He also took a turn to the Dominican Republic to shoot his music video for Shine Your Light with Akon and David Guetta.

The award-winning musician recently feared for his life after boarding a Turkish Airlines flight from Istanbul. The flight went from smooth to disastrous in a matter of moments when the left side engine of the plane exploded shortly after take-off. Thankfully, he and everyone that was on board the flight is safe.

“For a minute I thought, it was over! GOD is amazing, big up to the pilots,” wrote Master KG.

As soon as Master KG landed in Johannesburg, his first stop was Sandton City to spend some of his hard-earned euros! He went straight to the Diesel store and spent R27 999 on a shiny leather jacket.

“I went straight to Sandton Diesel to get some drip.. swipe next to see more #WeBACK.”

WHAT WOULD YOU DO WITH R28K?

“You are wearing an entire car mfo ka license disc and full talk ya 3 weeks ka cooler box and a camp chair.”