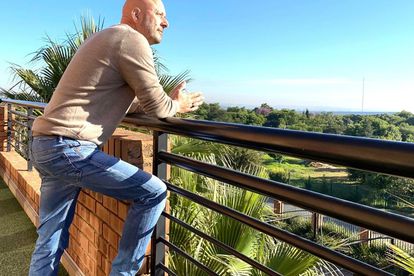 Mark Pilgrim has shared a health update after he was diagnosed with stage four lung cancer earlier this year.
Image via Instagram
@markpilgrimza

Mark Pilgrim has shared a health update after he was diagnosed with stage four lung cancer earlier this year.
Image via Instagram
@markpilgrimza

Mark Pilgrim has shared some positive news with his followers amid his ongoing health battle: his cancerous tumours are shrinking!

The veteran radio personality made the announcement on his social media accounts.

Alongside a picture of him receiving another round of treatment, he shared: “The scan results received this morning show a significant shrinkage of all the tumors in my lung, spine, leg, and lymph nodes”.

In 1988 at the age of 18 years old, Mark Pilgrim was diagnosed with aggressive stage three testicular cancer. Twenty years later, the Hot 102.7 FM DJ suffered a heart attack in the doctor’s office which left him with permanent damage.

But despite his past health woes,  Mark had more good news to celebrate. Earlier this week during a cardiologist appointment, Mark Pilgrim revealed that his heart was in perfect working condition.

He shared in a separate post: “I lost 10% heart function 14 years ago, but the ECG and sonar show the remaining 90% is still working fantastically. It’s about appreciating the small victories. They are worth the celebration.”

Despite the poor health prognosis earlier this year, Mark Pilgrim is adamant he can beat cancer again with a positive mindset.

This includes his mantra of  “visualising healing”.

He added in his post: “Since the diagnosis at end of Feb, I’ve been working SO hard every day to bring my body back into balance, with the determination that I will still be around to walk my girls down the aisle one day. That, along with the collective thoughts and prayers of so many people, has contributed to the news I received today”.

But whilst his health is slowly improving, his journey is far from over, claims Mark PIlgrim.

He added: “What lies ahead is still months of treatment, strict diet…and lots of willpower. Today is a good day”.

The father of two regularly shares motivational posts with his followers. He said in a post last week: “I’m feeling positive. Healing is happening. Defying the odds… regaining harmony and balance”.