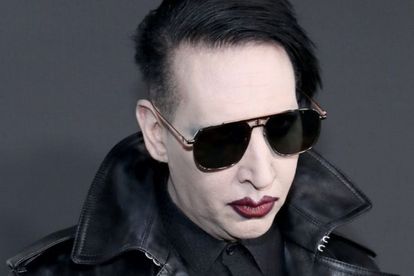 Marilyn Manson’s home was raided by Police in connection to a sexual assault investigation. Image via Twitter @Consequence

Marilyn Manson’s home was raided by Police in connection to a sexual assault investigation. Image via Twitter @Consequence

Marilyn Manson’s home was raided by police in connection to an investigation into sexual assault allegations.

As reported by TMZ, police “seized media storage units, including hard drives” from the property.

It’s said these will be reviewed before the case is submitted to the Los Angeles County District Attorney. A spokesperson for the LASD told The Sun that a full media statement is expected on Tuesday 30 November.

A number of women have accused the singer of sexual and physical assault, with three of them suing him while one rape lawsuit was dismissed in September. Evan Rachel Wood and Game of Thrones star Esme Bianco have both publicly come forward with allegations against Manson.

In February, Evan claimed her ex-fiance “horrifically abused her for years,” while Bianco accused him of sexual assault and sexual battery. She claimed he used “fraudulent offers of movie and music video roles” to convince her to travel to Los Angeles.

Esme Bianco – who played Ros on the HBO fantasy drama – had previously accused Manson of physically and emotionally abusing her during their relationship, which ended in early 2011 after the pair had been living together for two months.

And she went on to formally submit paperwork to bring a lawsuit against Manson where she documented all of the alleged instances of abuse that she previously spoke about during an interview in February this year.

In a previous social media statement, he said:

“Obviously, my life and my art have long been magnets for controversy, but these recent claims about me are horrible distortions of reality.”

“My intimate relationships have always been entirely consensual with like-minded partners. Regardless of how — and why — others are now choosing to misrepresent the past, that is the truth.”

And in July, his attorneys said Bianco’s allegations “are untrue, meritless, and a key component of a coordinated attack by multiple plaintiffs, who are cynically and dishonestly seeking to monetize and exploit the #MeToo movement.”