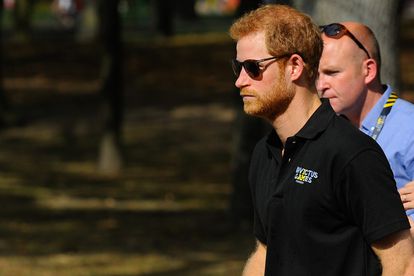 Producers of Netflix’s hit show, The Crown are reportedly struggling to find a red-headed actor to play the role of Prince Harry in the upcoming season.

Prince Harry in ‘The Crown’

The Crown, which is setting up for its fifth season, will reportedly portray the Royal Family between the years of 1990 and 1997. Now, the Mirror reports that casting directors have hit a hurdle as they attempt to cast a young actor that will assume the role of Harry.

The casting directors have been applauded in the past for their “perfect” casting when it comes to the likes of Princess Diana (played by Emma Corrin) and Prince Charles (played by Josh O’Connor) in season four.

That’s why producers – who already cast Elizabeth Debicki as an older Princess Diana and Imelda Staunton as an older Queen Elizabeth – are set on casting the right actor for the coveted role and have high standards when looking for the right star.

“Bosses have incredibly high standards when it comes to the actors they hire,” an insider told The Sun. “So any wannabe cast member already has to tick a long line of boxes. But with the role of young Harry they wanted another crucial box ticking.”

The source added: “That’s proved incredibly difficult but they’re determined to cast the right actor and are considering taking any steps necessary to make him look the part.”

The Duke of Sussex’s character will go from the age of six to 13 in the next series – and the season will come to an end at the year Prince Harry’s mother, Princess Diana, tragically died.

Filming is expected to begin this year and will be in production until early next year ahead of the next season’s release date.

A year to forget

The new season promises to be full of drama. 1992 was described by the Queen herself as an “annus horribilis” (horrible year).

It was the year that Princess Anne officially divorced Captain Mark Phillips, Prince Andrew and Sarah Ferguson announced that they were splitting, followed by some saucy tabloid photos of Ferguson on holiday with American businessman John Bryan, as well as a catastrophic fire at Windsor Castle. It was also when Charles and Diana announced their separation (but their divorce was not finalised until August 1996).

There was also the publication of Andrew Morton’s book, Diana: Her True Story, which sent shockwaves across the UK.

The journalist had already been planning to write about her, but Diana (apparently keen to get her side of the story across) had got wind of the project and reached out to him. She sent him a number of tapes detailing her innermost thoughts, which made for both compelling and devastating reading. It’s worth noting that, at the time, she had denied any involvement in the book.

For a while, it was believed that season five would be The Crown‘s last, with Peter Morgan insisting that he did not want to get too close to modern times. But, DigitalSpy reports that it was later announced that a sixth season would be coming after all.

“As we started to discuss the storylines for series five, it soon became clear that in order to do justice to the richness and complexity of the story we should go back to the original plan and do six seasons,” he explained.

“To be clear, series six will not bring us any closer to present-day – it will simply enable us to cover the same period in greater detail,” Morgan confirmed.