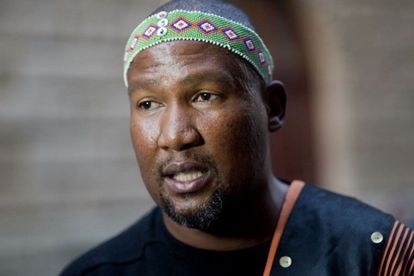 The chief of the Mvezo Traditional Council, and the grandson of Nelson Mandela, Inkosi Zwelivelile “Mandla” Mandela has called for an international boycott of the upcoming Miss Universe pageant.

The 70th edition of the Miss Universe pageant will be held in Eilat, Israel in December.

‘BOYCOTT AND WITHDRAW ALL SUPPORT’

Mandela took to his Instagram account yesterday (18 October) and called for the newly crowned Miss SA, Lalela Mswane, and all former Miss SA title holders to boycott the upcoming event.

In his lengthy statement, Mandela began by stating that he was shocked to learn that the Miss Universe event will be held in Israel.

He also called on the country to boycott and withdraw all support for the Miss Universe pageant in apartheid Israel.

The politician further stated that there is nothing beautiful about occupation, brutality, and institutionalised discrimination against the Palestinian people.

“The brutal punishment and harassment meted out to Palestinians on a daily basis is horrific, detestable and a crime against humanity that must be prosecuted by the International Criminal Court.”

Here were some reactions from his followers:

“Lovely Muna, May Allah give her strength against this brutal occupation.”

“Mashallah…I salute your sincere support for the oppressed Palestinian Ummah.”

“I was shocked to hear that the pageant will take place in Israel.”

“Nothing is impossible when we stick together. These are the things the media should be busy reporting on.”

“Agreed. It’s all about humanity. Israel is not a good country.”

The South African previously reported that the Miss Universe organisation announced on Tuesday 20 July that the pageant will be held this December in the southern resort city of Eilat.

The three-hour event will broadcast live in 180 countries with Steve Harvey as its host. It will end with the current Miss Universe, Mexico’s Andrea Meza, crowning her successor.

Local publications have wondered if the Miss South Africa organisation will send a contestant to Israel, as the conflict between Israel and Palestine escalated earlier in 2021.

That’s why the Miss South Africa organisation might be in a tight position regarding this year’s Miss Universe pageant.

Also read:Miss Universe 2021 to be crowned in Israel: Will South Africa participate?