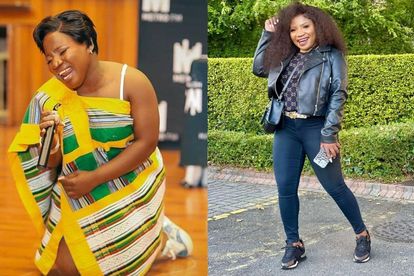 Award-winning singer and performer Makhadzi has been embroiled in yet another scandal and this time, event organisers were trying to take her fans for a ride.

Following the success of her one-woman show on Saturday, 1 October, posters were already being put up, promoting a ‘fake event’ that had the performer on the poster.

“There was no after-party and no one approached us about it. We had to issue the warning because there’s bad reports about Makhadzi not pitching to events, so we wanted to warn people that Makhadzi was not part of this after-party.

Open Mic said they do not appreciate that her picture was used without consent.

ALSO READ: ‘Share the little I have’: Makhadzi opens her heart to Dr Malinga

Some tweeps have put the blame on Open Mic for not giving the “Ghanama” hit maker a break after performances, which in turn, makes her miss out on shows.

Open Mic will the the downfall of Makhadzi. If Makhadzi doesn’t call them to order, they will be her downfall. These things of taking gigs she ends up not honouring them, one day we will donate to her like we did to others.

On 20 September, it was reported by Sunday World that Makhadzi and Open Mic are being sued for R8.2 million for failure to promote the sneaker brand Kicks Kokovha.

Sunday World reported that the agreement reportedly stipulated that the singer had to wear the sneakers to her performances and promote the brand on her social media platforms.

ALSO READ: ‘No shame’: Makhadzi dragged for inviting Somizi to host her show

“The plaintiff, therefore, claims damages for the following: The units of shoes in the warehouse being 6 900 pairs, less 20 pairs, sold in Limpopo, thus being 6 880 shoes at the retail price they would have sold, for if first and second defendants did not breach the partnership agreement, thus amounting to R8 249 120,” read the court papers according to Sunday World.

Makhadzi and Open Mic have been mum on the allegations.