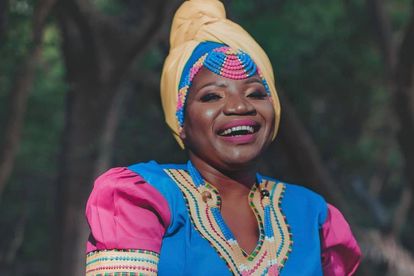 Here’s how Makhadzi made 2021 her year! Image via Facebook: Makhadzi

Here’s how Makhadzi made 2021 her year! Image via Facebook: Makhadzi

2021 has been an exceptional year for Limpopo-born singer Makhadzi. The 25-year-old released her fifth album African Queen and launched her own line of sportswear with Kicks Sportswear. Here is a look at some of her biggest moments from 2021.

Cassper Nyovest wasn’t the only South African artist signing multi-million rand deals this year. Makhadzi scored herself a R120 million deal with Kicks Sportswear. The Ghanama hitmaker worked with the brand to create a line of apparel, sneakers and accessories.

“My intentions are clear that we need to drive the idea of partnership and collaboration. This way it is possible to change the circle of poverty for good and impact as many people as possible.”

“Makhadzi is a rare gem with so much energy and talent. She is enthusiastic about her craft and is willing to put in the work. “

Makhadzi bagged herself three major awards this year for her incredible music. On 11 November, she won the Musician of the Year award at the Feather Awards and thanked the LGBTQI+ community for supporting her music.

She also won her first international award at the All Africa Music Awards (Afrima). She was nominated in three categories but walked away with the Best Artist, Duo or Group in African Electro award for her song Murahu featuring Mr Brown.

Besides admitting to a publicity stunt to push her track Ghanama, Makhadzi’s music flew high this year. Her single Ghanama featuring Prince Benza was certified platinum. The single featured on Makhadzi’s fifth album African Queen that was released on 3 September.