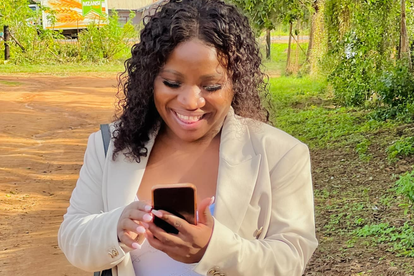 A Limpopo couple claim that Makhadzi left them high and dry on their wedding day. Image via Facebook @Makhadzi

A Limpopo couple claim that Makhadzi left them high and dry on their wedding day. Image via Facebook @Makhadzi

Planning a wedding can be extremely stressful and the last thing you want is a celebrity messing you around…right? The Ghanama hitmaker put the cherry on the wedding cake struggles for this poor couple.

WHAT WENT DOWN WITH MAKHADZI’S WEDDING BOOKING

Businessman Makgobate Lesoalo told Daily Sun that he booked Makhadzi to perform at his wedding on 16 October. Upon confirming the booking, the happy couple were told that the songstress had limited time available on that day… and it was just not going to work for them.

Makhadzi said she was only available from 14:00 and 17:00 on the day they requested as she had an event in Venda. However, she later came back to the couple claiming her gig had been cancelled and she was now available.

Knowing she had messed them around, Makhadzi reduced her booking fee to R35 000. The couple paid (Daily Sun reports that it was shown the proof of payment) and were over the moon at the prospect of having their favourite artist performing on their wedding day.

THE HORROR! SINGER DOES NOT PITCH ON THE WEDDING DAY

After ALL this couple had been through trying to book Makhadzi… come the day of their wedding and she was a no-show. Sis only rocked up THE NEXT DAY!

“On the day of the wedding, Makhadzi’s team phoned us and said they would only be arriving the next day. I told them not to bother coming because the wedding would be over by then.

“But Makhadzi still came. She arrived at 01:00 when I was already asleep. She said she was there to perform. I told her she could come back later and perform at a pool party we had organised. But she didn’t arrive.”

Makhadzi and her team rejected Makgobate’s calls. He was promised a refund by 16 November 2021…but he claims that he is still waiting.