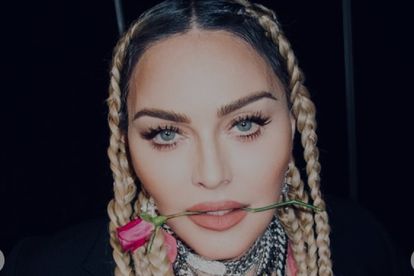 Madonna is not fazed by criticism of her X-rated NFT collection. Image via @madonna/Instagram

Madonna is not fazed by criticism of her X-rated NFT collection. Image via @madonna/Instagram

American pop star Madonna is not bothered by the criticism coming her way after revealing her body-baring NFT collection titled Mother of Creation.

The newly-single 63-year-old musician teamed up with Beeple to create a series of X-rated videos showing her fully nude and giving birth to trees, butterflies, and centipedes.

The shocking collection also includes a 3D model of Madonna’s vagina and is on full display in cartoon form on the NSFW website.

After heavy backlash from fans across social media platforms, the Like A Virgin singer defended her “art”.

As per the New York Post, Madonna speaks about the backlash and details the creative process that went into her collection in an interview with Beeple creator Mike Winkelmann.

“I’m doing what women have been doing since the beginning of time, which is giving birth,” the mother-of-six said.

“But on a more existential level, I’m giving birth to art and creativity and we would be lost without both… My journey through life as a woman is like that of a tree. Starting with a small seed, always pushing against the resistance of the Earth. The endless weight of gravity,” she added.

WILL THE POPE STILL ACCEPT HER MEETING REQUEST?

Madonna’s jaw-dropping NFT collection comes just a week after she reached out to Pope Francis for a meeting, vowing she’s “a good Catholic”.

Her request to the Pope is based on the Catholic Church labelling the singer’s behaviour as “blasphemous” in 2006, following years of raunchy music videos and on-stage performances from the icon, Republic World reports.

According to a statement by Madonna on the NFSW website, she wanted to investigate the concept of creation, not only the way a child enters the world through a woman’s vagina but also the way an artist gives birth to creativity.

“Most importantly we wanted to use this opportunity to benefit mothers and children who are most in need right now,” she explained.