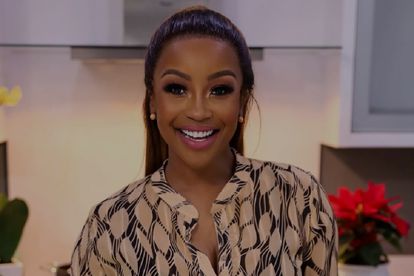 Last week, rappers, AKA and Nadia Nakai became “Instagram official” about their love, and there were quite a few mixed emotions on Twitter. However, when you’re a celebrity who’s had a fall-out with one of the rappers’ exes, your opinion about the new Mzansi hip-hop couple will most likely be scrutinised. This was the case when Lorna Maseko tweeted about the pair.

Celebrity chef Lorna Maseko was slammed by the BForce (Bonang Matheba’s legion of fans) when she tweeted that she loves Nadia Nakai and AKA’s relationship. As an ex-friend to Bonang, tweeps felt she had not “moved on” from their fall-out and she was taking a dig at the much-loved presenter and businesswoman.

“Am I the only one secretly waiting for Aka and Nadia to drop like a hot song…. Like that Nicki and Meek vibe …. Either way I think they could create something out of this world amazing…. Good Morning.”

“Girl you messy,” one tweep replied.

“You mad Bonang left you?” another tweep asked

While someone else wrote: “Ex friends who can’t just move on” accompanied by a number of red flag emojis.

Bonang and Lorna Maseko used to be friendship goals during season two of Bonang’s reality show Being Bonang. However, fans started noticing that the two stars were no longer buddy-buddy in 2020 when Lorna was reportedly not present at the launch of Queen B’s House of BNG.

With a little more digging, fans also noticed that the Celebrate with Lorna Maseko author had not taken to social media to congratulate her “bestie”. ZAlebs reported at the time that she was indeed at the launch but it was alleged that she refused to be photographed and left earlier than expected.

Although the reason for the coldness between the two celebs is still not known, it became very clear that they were ex friends when they didn’t wish each other happy birthday like they used to. Later, during the third season of Bonang’s reality show, Lorna was nowhere to be found.