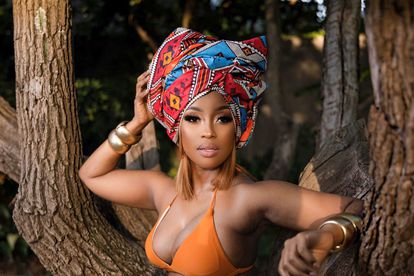 According to City Press, Maseko gave birth to their bundle of joy earlier in May. The publication cited a source who also claimed the rumoured couple was serious about each other.

Word of Maseko and Shivambu being an item has been doing the rounds for quite some time. The chef had been rumoured to have been the reason why the EFF MP split from his wife, Siphesihle Pezi, to whom he’d been married for two years.

Did Lorna Maseko lie about not being pregnant?

News of Lorna Maseko having given birth comes almost a year after she fiercely denied reports that she was in fact expecting Floyd Shivambu’s baby. At the time, Maseko described the “rumours” as being “truly disgusting” and “evil.”

“Let me nip this in the butt real quick! I’m NOT pregnant it’s truly disgusting that people can go on to create stories that are unreal – it’s actually EVIL!!,” she said on Twitter.

“Women suffer with many issues, fibroids (which I have), endometriosis & many others. You don’t know people stories-STOP IT!!,” she added.

Twitter has been awash with rather interesting reactions to Maseko having possibly lied about not being pregnant in the first place.

“I doubt this has anything to do with love. This Lorna chick knows how to navigate her way into rich men’s pockets (& pants too). Her 1st marriage ended over accusations of infidelity. Not sure how long this ‘thing’ with Shivambu (a serial player) will last,” said on Twitter user.

“I find Lorna and Floyd’s relationship so interesting. What a fascinating duo ! I really would love to see them having a dialogue,” said another.

Here are other reactions: