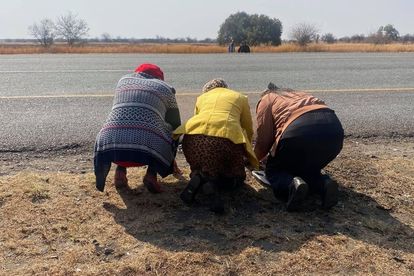 The 23-year old passed away on 9 August 2021 from a fatal car crash on his way to a gig in Rustenburg along with Khaya Hadebe, and Mpura.

A ceremony has to be performed at the accident scene for a family member so that their spirit can rest in peace according to the African belief.

Thousands of mourners also gathered at his home to hold a candlelit prayer for the ‘Tholukuthi Hey’ hitmaker.

A source close to the family stated:

We had to celebrate their lives the way they lived. We had a prayer at our weekly Mogodu Monday spot in Mapetla, then turned up.

It felt like they would just walk in and start dancing.

All I know is that the driver does not drink. I think this was just a terrible mistake. They were probably late and trying to make it to the gig.

Police have launched an investigation into alleged culpable homicide which claimed the lives of musicians Mpura and Killer Kau and four others.

Our thoughts and prayers are with the families of the deceased and we hope they find strength during this difficult period.

An investigation is underway to establish the cause of the accident.

We are again appealing to people to adhere to the regulations as most accidents happen way past curfew time.

Work with our law enforcement officials to ensure you arrive alive.

Tributes are also pouring in for the driver known as Bra Sanza whose vehicle collided with the Amapiano musicians vehicle.

His family members confirmed his passing last night on Twitter and stated that he was a loving husband, and a great father.

Bra Sanza was a well-known resident of Lemenong, in Rustenburg where the musicians were going to perform.