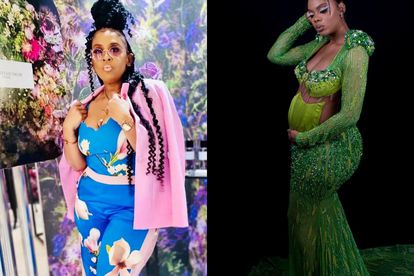 Nonku Williams trends on Twitter after a report claimed Londie London’s bae cheated on her. Images via Instagram @nonku_williams @londie_london_official.

Nonku Williams trends on Twitter after a report claimed Londie London’s bae cheated on her. Images via Instagram @nonku_williams @londie_london_official.

Real Housewives of Durban (RHOD) star Nonku Williams began trending on Twitter on Monday 23 May, after singer Londie London’s businessman partner Hlubi Nkosi was accused of cheating on her.

LONDIE LONDON’S PARTNER ACCUSED OF CHEATING ON HER

City Press reported that Londie London’s “baby daddy” Hlubi Nkosi cheated on her. The businessman is allegedly expecting a child with a woman named Phumla M while Londie is carrying their second child. Londie announced her pregnancy on the reunion of RHOD which aired on Showmax on 6 May.

Nkosi is said to be obsessed with Nkosi and wants to make her his second wife. Londie is not yet married to Nkosi but the pair were living together, until the singer reportedly moved out of their home.

A source also claimed that Nkosi invited Phumla M to his birthday party which was planned by the singer.

Nonku Williams, who also stars on RHOD began trending on Twitter after the allegations of Nkosi’s cheating. This is because Nonku said “all men cheat” on an episode of RHOD. The singer, along with Jojo Robinson and some of the other ladies were offended.

“One thing I will never do is say “my man would never” these ones will embarrass you.????????????Londie was so offended when  Nonku said ‘all men cheat’,” tweeted @MbamboCandice.

“No wonder Londie got upset at Nonku when she said All men cheat. I mean the sign was there when Mabusi said she knew Hlubi from the streets. The dude is for the streets. Londie was for the streets when they met so she was scared he’ll meet someone else on the streets #RHODurban,” tweeted @Muluba_princess.

Other felt for Londie as she was going through this while pregnant.