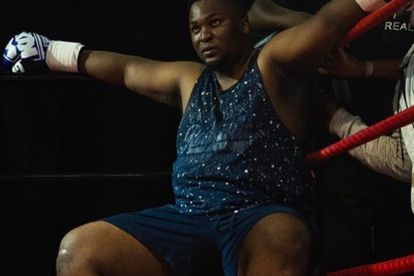 Peeps are wondering where Slik Talk is.
Image via Twitter
@slikouron

Peeps are wondering where Slik Talk is.
Image via Twitter
@slikouron

Ever since Slik Talk was knocked out by rapper Cassper Nyovest, he has been awfully quiet. The controversial YouTuber completely disappeared from social media after the fight that came about because he had insulted Cassper in one of his online shows.

Many of those who watched his spicy YouTube clips have since headed online to call on Slik Talk to give US singer Ari Lennox a good thrashing.

Ari Lennox managed to get under many South African people’s skin after she basically slammed local podcaster MacG for asking her about her sex life.

People are not happy with Ari who often produces songs laced with sexual innuendos but now finds it fit to get angry when her own lyrics are brought up in conversation.

ALSO READ: ‘Where is he now?’: Slik Talk disappears following his Cassper beat down

They have now resorted to calling on Slik Talk, the South African social media personality best known for thrash-talking any and every celebrity.

A lot of them feel like he is the only person who can properly tell the musician where to get off. Unfortunately, after his famous fight with Cassper, Slik went silent as a mouse leaving people to wonder whether he was paid to stop bashing celebs.

“Where the fcvk is Slik Talk when you need him? This was the last time he addressed these Black Americans riding on Africa’s wave. Mansa Mayne is also a FRAUD. MacG is not going anywhere. Ari Lennox can voetsek! We never knew her anyway.”

While Slik hasn’t been answering people’s calls on Twitter, Ari has continued to slam South Africans who have seemingly started a war with Ari’s many fans.

Let’s wait and see if “Sliky” comes to the rescue…