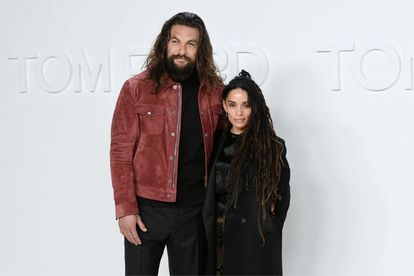 Lisa Bonet spoke about how she was ‘learning to be authentically me’ and ‘new,’ and was stepping into a ‘river of uncertainty,’ weeks before she and her husband Jason Momoa announced their split. Image via Twitter @ChicksInTheOff

Lisa Bonet spoke about how she was ‘learning to be authentically me’ and ‘new,’ and was stepping into a ‘river of uncertainty,’ weeks before she and her husband Jason Momoa announced their split. Image via Twitter @ChicksInTheOff

Lisa Bonet said she was learning to be “authentically me” and “new” just weeks before she and Jason Momoa announced their split.

The pair have gone their separate ways after nearly 16 years together, and just last month the 54-year-old actress admitted she was stepping into a “river of uncertainty.”

LISA BONET STEPPING INTO A ‘RIVER OF UNCERTAINTY’

During a chat with Marisa Tomei for an Interview, she was asked “what’s calling” her, and Bonet replied:

“Definitely learning how to be authentically me, learning to be new, and following this invitation from the universe to step into this river of uncertainty. We’ve eliminated all this extra noise, and now it’s time to grow our roots deeper into our own values.”

Jason Momoa and Lisa Bonet – who started dating in 2005, and married in 2017 – announced this week they are “parting ways in marriage” after feeling “the squeeze and changes of these transformational times.”

“We have all felt the squeeze and changes of these transformational times… A revolution is unfolding – and our family is of no exception… Feeling and growing from the seismic shifts occurring And so – We share our Family news – That we are parting ways in marriage.”

“We share this not because we think it’s newsworthy – But so that – as we go about our lives we may do so with dignity and honesty.”

The 42-year-old star and Lisa – who shot to fame on The Cosby Show – admitted they are devoted to “this sacred life” and their two children, Lola, 14, and 13-year-old Nakoa-Wolf.

“The love between us carries on, evolving in ways it wishes to be known and lives. We free each other – to be who we are learning to become… Our devotion unwavering to this sacred life & our Children. Teaching our Children What’s possible – Living the Prayer – May Love Prevail. J & L.”

THE STORY OF JASON MOMOA AND LISA BONET’S ROMANCE

Momoa previously admitted Bonet – who has actress daughter Zoe Kravitz, 33, from her marriage to singer Lenny Kravitz, which lasted from 1987 to 1993 – was his “childhood crush” after he’d seen her on The Cosby Show.

“[She was] literally my childhood crush. I mean, I didn’t tell her that. I didn’t let her know I was a stalker until after we had the kids. If someone says something isn’t possible. I’m like, ‘Listen here, I married Lisa Bonet. Anything is f***ing possible,’” he said.

The pair met in a New York jazz club in 2005, and Momoa previously admitted he had “fireworks going off inside” when he set eyes on Bonet.

“We just happened to be in the right place at the right time. I actually had dreaded my hair for her. I had dreadlocks, she had dreadlocks. I literally turned my head around and I see her and she goes, ‘I’m Lisa.'”

“I turned around to my friend and I screamed. I had fireworks going off inside. I convinced her to take me home, because I was living in a hotel,” he said.

After 12 years as a couple, the pair married in California in 2017 surrounded by their family and friends.