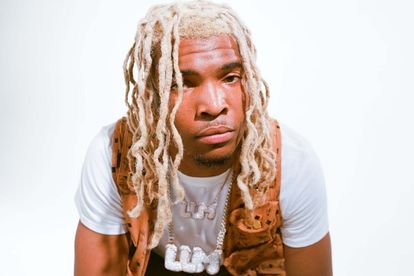 Atlanta-based rapper Lil Keed passed away on Friday 13 May. Image via Twitter @Rap

Atlanta-based rapper Lil Keed passed away on Friday 13 May. Image via Twitter @Rap

American rapper Lil Keed passed away on Friday 13 May. At the time of his death, the 24-year-old rapper’s cause of death had not been confirmed but sources who were close to the hip-hop star told TMZ that he complained about stomach pains shortly before his death.

Lil Keed collaborated with several rappers before his passing including South Africa’s Nasty C on his 2020 single, Bookoo Bucks.

The rapper’s representatives confirmed his death to Complex and his brother, Lil Gotit, paid tribute to him in an Instagram post on 13 May.

“Can’t believe I seened u die today bro I did all my cries I know what u want me to do and that’s go hard for Mama, Daddy, our brothers, Naychur and Whiteboy,” wrote Lil Gotit.

THE HIP-HOP STAR’S CAUSE OF DEATH

According to TMZ, Lil Keed complained to his family and friends about a pain in his stomach days before his untimely death. The pain was so bad that the rapper had to go to a hospital in Los Angeles to see what the problem was.

The source revealed that Lil Keed’s organs, specifically his liver and kidneys started failing, which led to his death.

The publication further reported that the Los Angeles County Coroner’s office is expected to do an autopsy in the next few days.

Taking to Twitter on Saturday 15 May, Lil Keed’s record label paid tribute to him with a heartfelt message.

Lil Keed was one of the most genuine and heartfelt human beings. He was an artist who loved his fans more than anything else.”

“We are deeply saddened by this unexpected loss as Keed’s courage, humour and dedication to his family and craft will be unexplainably missed,” wrote 300 Entertainment.

“24 is so young bro. We still figuring out life at that age. I hate death so much. That Lil Keed news just f*cked me up fr,” wrote one tweep.