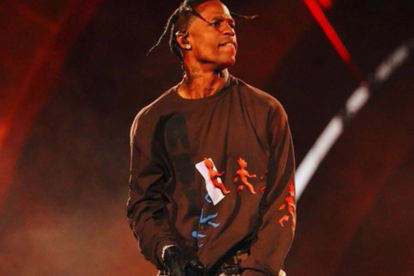 There are many lessons to be learned from Travis Scott’s Astroworld disaster fest. Image via Twitter: @TravisScottFanpage

There are many lessons to be learned from Travis Scott’s Astroworld disaster fest. Image via Twitter: @TravisScottFanpage

On Friday 5 November, eight people were killed and hundreds more injured after a crowd surge at rapper Travis Scott’s Astroworld Festival in Houston. Various online videos have surfaced and show panicked festival-goers appealing to security officials for the show to be stopped due to people collapsing in the large crowd.

Around 50 000 fans waited eagerly to see their favourite rapper Travis Scott take to the stage at the Astroworld Festival at the NRG Stadium, in Houston, Texas. But as soon as the Sicko Mode rapper took to the stage, things at the festival took a tragic turn.

According to various reports, Travis announced that his performance would start at 21:00 and allegedly encouraged his fans to flock towards the VIP stage where he was set to perform.

Shortly after 21:00, masses of people surged toward the stage as Travis appeared and some crowd members were pushed to the floor and trampled on.

Others suffered cardiac arrest while a few passed out from breathing difficulties.

As a result of the chaos, eight young people lost their lives and hundreds more were hospitalised with serious injuries. This resulted in a massive outcry on social media as people called for Travis Scott to be held accountable.

Videos also surfaced of other artists exercising crowd control, fueling many people’s anger toward Travis who continued performing for an hour after the first person collapsed in the crowd.

Now the rapper has been hit with dozens of lawsuits and has promised to pay medical bills and funeral costs.

The events have certainly evoked fear in many local and international festival-goers who can’t imagine finding themselves in a similar situation. There are however ways that festival organisers can avoid this kind of disaster in the future.

IOL reports that security staff plays a huge role in crowd control and advises that security personnel be extensively trained on the matter. There should also be an adequate amount of security at the venue to ensure that they are well equipped to handle the size of the crowd.

The publication also reports that listening skills are a must.

While it is difficult for an artist to keep focused on cries for help, it is possible and has been proved to be possible in various videos of other artists stopping their performances to help people in need.

Another need is for enough medical responders at the festival to ensure those in need will be attended to by qualified emergency health workers.

It is also a responsibility of an artist or performer to look out for their fans by telling them to stay within their allocated spaces while encouraging them not to push and shove each other while enjoying the performance.

Meanwhile, festival-goers must drink responsibly, behave in an orderly manner and report any illegal or dangerous activities.