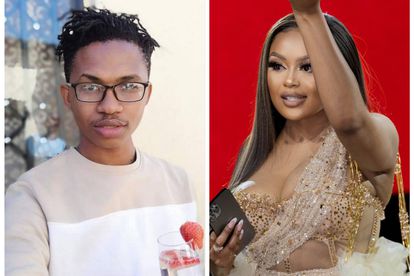 Lerato Kganyago and controversial celebrity blogger Musa Khawula have faced off on Twitter following a heated back and forth.

The media personality and the controversial celeb blogger butted heads after the latter referred to her as “Bonang lite”.

But it looks like their nasty exchange may not be the first of such between the pair.

But instead of mentioning her by name, the blogger called the media personality “Bonang lite” – referring to Bonang Matheba, whom Lerato is often compared to.

ALSO READ: Lerato Kganyago reacts to bodyshamers: ‘If I was pregnant, I would say’

Lerato Kganyago – who is usually unbothered about commentary about her, took to her own Twitter account to call out Musa Khawula.

In a series of tweets, Lerato hinted that Musa and an unknown celebrity had conspired to “bully” her on social media over the years. She also called out Musa for his own scandalous past, including allegations of robbery and drug trafficking.

Lerato tweeted: “Criticize but don’t disrespect me @MusaKhawula. Many years ago I let you slide with your bullying and you KNOW who had sent you. You’ve got criminal charges from 2013, of drug trafficking, and robbery, you’ve BEEN convicted”.

She continued: “Your two ID numbers won’t hide who you are! Tweeting VILE things about people from your grandmother’s back room, KZN isn’t as big as you think. You and your celeb friend tried to make my life uncomfortable, and I told you I will get you!  @MusaKhawula  I’M NOT THE ONE!”.

Lerato Kganyago also threatened to expose Musa Khawula, his celeb friend, and those working with them.

She added: “I will unravel you and every journalist that’s feeding you information about people. I bother no one, make your point don’t disrespect me”.

Clearly showing no remorse, Musa Khawula clapped back on his own Twitter: “I said what I said Bonang lite”.