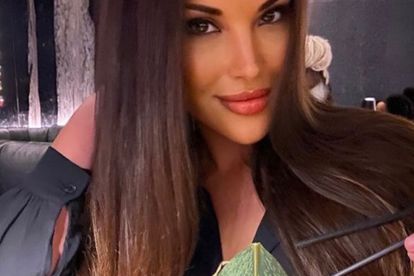 Lee-Ann Liebenberg decided to take some time away from social media after she accused a woman named Emily Kark of being involved with her husband Nicky van der Walt.

“I have not been hacked… Emily_Kark you can have him,” wrote Liebenberg on Instagram.

In the heat of the moment, the model also announced that she and her husband, who is the father of her three children, will be getting a divorce.

“It is with great sadness that Nicky and I have made the decision to part ways after 10 years of marriage,” wrote Liebenberg on her Instagram story.

Her husband responded to her claims brushing off the divorce and stating that Liebenberg is suffering from postpartum depression following the birth of their four-month-old son, Jagger.

“In response to my wife’s post. I love her and my children dearly and with all my heart. We are not getting a divorce. Lee is suffering from deep PPD (postpartum depression) and all I can do is try be there for her for the best of my family whom I love and respect with my whole being,” wrote Nicky Van Der Walt on Instagram.

The model then said she would be taking a few days off from her social media. That was short lived as she had to post a public apology to Emily Kark, who took legal action against her for defamation.

“The apology is the result of legal action taken by me because of the completely baseless and untrue defamatory allegations levelled against me,” wrote Emily Kark on Instagram.

However, since the apology Liebenberg took a break from social media and the public eye.

Liebenberg’s first post since the hiatus is a picture of herself grabbing a bite at her husband’s Sandton eatery, Tang, that he opened in May this year.

Tang is a luxury Asian restaurant designed by Tristan du Plessis, inspired by contemporary Japanese izakayas and the classic Cantonese eateries of Hong Kong according to their website.

Here is a look at the luxury Asian cuisine.

So…It seems all is well between the couple following the alleged cheating scandal and there is no divorce in sight!