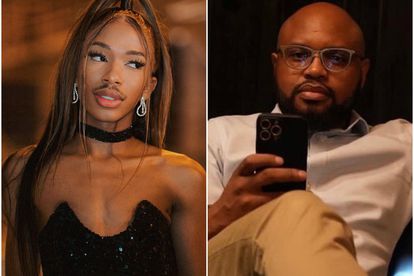 Lasizwe has shot down claims he has a new man in his life, even slamming controversial celebrity blogger Musa Khawula as a “pathological liar” over the allegations.

Over the weekend, Musa Khawula dropped about a celeb in Mzansi – this time alleging that the flamboyant star was dating a fellow YouTuber

But like Mihlali who clapped back at the celebrity commentator known for his bold claims, Lasizwe also had something to say about the rumours

“Prove it! You pathological liar”, he tweeted at Musa.

He continued: “If he can’t provide receipts and prove what he said is true, that should say a lot about him and his tweets.

“A WHOLE PATHOLOGICAL LIAR! Are you not ashamed, are you not embarrassed?”

“He clearly has a lying disorder… there are meds for that hey!”.

WHO IS JABU BROWN?

Like Lasizwe, Jabu Brown is a social media star with his own YouTube channel called Changedown SA, which focuses on SA.

According to his Instagram account, he has a young son and celeb pals which include David Tlale, Vuyo Dambula and Khabonina Qubeka.

Another one! Britain pledges $1.2 billion military aid to Ukraine