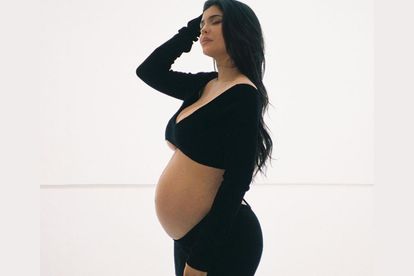 American reality star and makeup mogul Kylie Jenner shared personal footage from the birth of her son on YouTube on 21 March.

Kylie Jenner may have wanted to keep her second pregnancy as discrete as her first one but fans were onto her this time. So, the make-up mogul announced her pregnancy in September 2021.

Kylie and Travis welcomed their son together on 2 February. It’s been a little over a month since the little boy was born and Kylie has since shared some rare footage of his birth. The video shows the pair’s firstborn Stormi delivering the news of Kylie’s pregnancy to her mom Kris Jenner.

Kylie is later told she is just days away from giving birth. The video also shows her giraffe-themed baby shower and some of her family’s messages to her then unborn child including her sister Kourtney and nieces North West and Penelope Disick.

Travis’s mom is also included in the video where she gushes over the Keeping Up With The Kardashians star.

“I’m so happy that [Kylie] is the mother of my grandchildren,” she says.

IS HIS NAME REALLY WOLF?

Kylie and Travis set tongues wagging when they hinted that they name their son Wolf Webster, but was it real? Yes, in fact but the pair have since decided to change the little boy’s name.

“FYI OUR SONS NAME ISN’T WOLF ANYMORE. WE JUST REALLY DIDN’T FEEL LIKE IT WAS HIM. JUST WANTED TO SHARE BECAUSE I KEEP SEEING WOLF EVERYWHERE,” she wrote on her Instagram story.