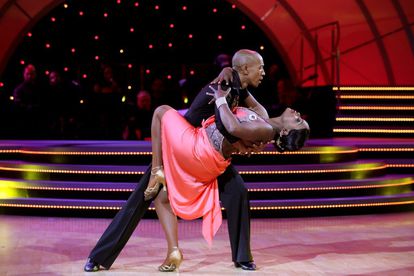 READ | WHO WAS KULI ROBERTS? 10 THINGS YOU SHOULD KNOW ABOUT THE SA ICON

At the time of publishing her cause of death remains unknown.

According to various sources, Roberts had been relaxing at a get-together with friends while preparing for a Kaya FM radio crossover when she suddenly collapsed and died.

Roberts was a giant of South African media – both digital and on-screen.

In 2013 she was one of the competitors in the sixth season of SABC3 reality competition ‘Strictly Come Dancing‘.

Roberts and professional dance partner Sylvester Sefotlhelo were the second couple to be eliminated that year after failing to impress the judges following a dreaded dance-off against TV presenter Graeme Richards and Lindsey Muckle.

Roberts and Sefotlhelo had survived a dance-off the previous week against kwaito singer L’vovo Derrango and partner Mary Martins.

The judges that season were Samantha Peo, Tebogo Kgobokoe and Michael Wentick, while Marc Lottering and Pabi Moloi were the show’s hosts.

Zakeeya Patel and Ryan Hammond emerged as the overall winners that season.