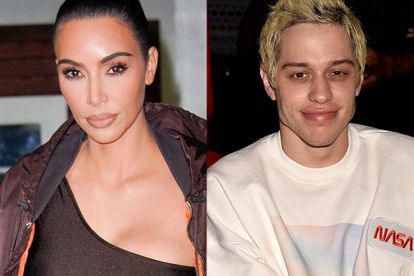 Kim Kardashian West’s friends have been urging her to “go for it” with friend and comedian Pete Davidson.

The 41-year-old star has been romantically linked to the comedian in recent weeks, and Kardashian West has been encouraged to pursue Davidson, 27, by her inner circle.

ALSO READ: ‘I want us to be together’: Kanye refers to Kim as ‘my wife’ [watch]

A source told Us Weekly:

“One of the first things Kim did was to get her family and friends’ advice, and they all encouraged her to go for it. It’s been very obvious for a while now that she’s been missing some fun and laughter in her life, and of course Pete offers that in abundance.”

However, Kardashian West’s friends are urging the brunette beauty – who filed to divorce Kanye West earlier this year – not to get “too carried away.”

The insider explained: “People are happy for Kim, but at the same time they’re urging her not to get too carried away or ahead of herself.”

“Pete has this heartbreaker reputation for a reason, and while his intentions might be honourable, there’s a slight fear that Kim could be setting herself up for a vulnerable situation.”

ARE KIM AND PETE MORE THAN JUST FRIENDS?

Earlier this month, a source claimed that Kardashian West and Davidson are “a little more” than friends.

The celebrity duo were spotted holding hands on a rollercoaster at Knott’s Scary Farm in California, and although it was suggested that they’re just good friends, an insider subsequently claimed there’s actually more to the situation.

“Kim and Pete like each other. They are trying to play it off that they are just friends, but it’s a little more than that right now. They’re having a lot of fun together,” said a source.

“Pete makes Kim laugh and makes her feel special. Pete is obviously thrilled and has a major crush on Kim.”

ALSO READ: ‘We cherish and respect you’: Kris Jenner celebrates her 66th birthday