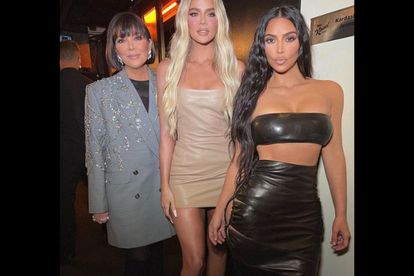 American reality star Kim Kardashian said her “soul dies” for her sister Khloe Kardashian as she found out about Tristan Thompson impregnating another woman – on the latest episode of their family’s reality show The Kardashians which released on Thursday 9 June.

Kim Kardashian found out that Tristan Thompson cheated on her sister Khloe yet again on the latest episode of The Kardashians. Tristan fathered a child with a woman named Maralee Nicholas on his 30th birthday after Khloe threw him a birthday party.

She appears to be the first to find out and tells their mom Kris Jenner followed by a conversation with her sisters Kylie Jenner and Kourtney Kardashian.

“My soul dies for her,” she continued.

The Skims founder then reads Tristan’s declaration to Kylie.

“Is Tristan like the worst person on the planet?” asked Kylie.

“Khloé threw him his 30th birthday, so he went home from the birthday party, went to Houston to play on the road — we can check his schedule — and then slept with this girl,” said Kim.

“I just sent it to him, and I go, ‘Does Khloé know about this?” she continued.

Kourtney then referred to the situation as “never-ending betrayal” because Tristan has cheated on Khloe several times before, once with Kylie’s then-best friend Jordyn Woods.

Kim then went on to say that it was so sad that Maralee was having a baby boy because Khloe has been wanting a baby boy.

“The whole thing that’s so sad is [Khloe] wants a baby boy, and now this girl is having a f***ing baby boy? A f***ing random that he sleeps with one night? F**k him,” she said.

Kim then breaks the news to Khloe just before the episode ends.