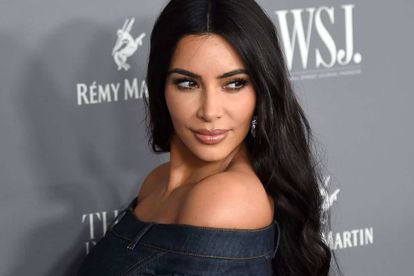 Kim Kardashian West is trying to do ‘normal’ for the sake of her family while her divorce is under way. Image: BANG Showbiz

Kim Kardashian West is trying to do ‘normal’ for the sake of her family while her divorce is under way. Image: BANG Showbiz

Keeping Up With The Kardashians star Kim Kardashian West and her family “adopted” the reptile after the family “babysat” it for a friend for a week — and then just found themselves incapable of giving it back.

They’ve already had Speed for months now and Kim’s daughter North seems to be most smitten with the creature. Speed gets carried around everywhere and North, aged seven, has even dressed it up in loungewear matching her own.

North and pet ‘dragon’ are inseparable

“Meet the newest member of our family… Speed. I really wasn’t planning on liking Speed the way I do but she grew on me! Speed was really my BFF Allison’s and we babysat for a week and she never left and it’s been months!

“Speed got a makeover with custom Skims Cozy and even the Lil Uzi jewel (Speed actually got the jewel a few months back; North always knows what’s up!)”

Kim Kardashian West is in the midst of divorcing her husband, Kanye West. The power couple are finally calling it quits after six years of marriage and four children together.

But despite their high-profile divorce, Kim and Kanye’s main priority is doing the best for their four children — North, Saint, Chicago and Psalm.

Kim and Kanye West are reportedly actively trying to be “normal” for the sake of their kids.