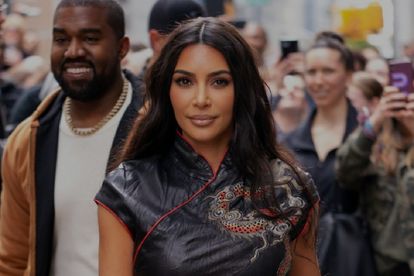 Kim Kardashian says there are a lot of things that would shock people about her marriage to Kanye West. Image via @kimberleyskanye/Instagram

Kim Kardashian says there are a lot of things that would shock people about her marriage to Kanye West. Image via @kimberleyskanye/Instagram

Kim Kardashian says a lot of people would be shocked if they found out what her relationship to Kanye West was like.

The SKIMS founder told her sister Khloé Kardashian during the first finalé season of The Kardashians on Thursday 16 June, that she walked about “guilt-free” from her marriage to the rapper and producer.

‘I TRIED EVERYTHING HUMANLY POSSIBLE’

During the show, which airs on Hulu, Kim, 41, offered her sister Khloé, 37, advice on her relationship with Tristan Thompson.

The reality TV star and the basketball player, who share 4-year-old daughter True, have had drama after drama since their relationship started in 2016, and it’s all because of Thompson’s multiple cheating scandals. In the final episode of the first season, Khloé discovered with the rest of the world that he’d cheated on her for the umpteenth time.

Speaking about her marriage to Kanye West, 45, Kim said that people would be shocked if they knew what their relationship was like.

“If people knew what my relationship was really like, I think they’d be like, ‘How did this last this long?'” Kim said.

“But I can live with myself knowing that I tried everything humanly possible to make a situation work, and so I could walk away absolutely guilt-free,” she added.

The mom-of-four applauded her sister for trying to make things work with Thompson.

“I feel like you can at least say, you had a family, you tried, everything in your might. You can look your daughter in the face and say that.”

In February 2021, Kim filed for divorce from Kanye after nearly seven years of marriage, and this past March the reality star was declared legally single.

Now, Kim is head over heels in love with Saturday Night Live’s Pete Davidson, 28, even though she recently revealed that she was not looking for a relationship when she first started seeing him, but just sex instead.

However, as Kim falls deeper in love, a source told Closer Magazine the couple is ready to move in together and they are considering having a baby.

On the other hand, Kanye is also in a relationship with 24-year-old Chaney Jones. While their relationship was also not meant to be serious, Chaney has met Kanye’s family.