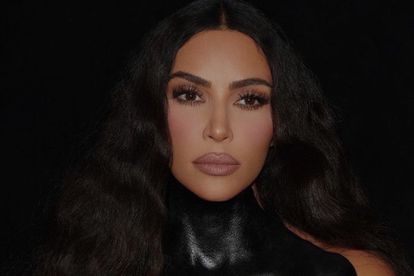 Kim Kardashian says she would love to act in a Marvel movie. Image via @kimkardashian/Instagram

Kim Kardashian says she would love to act in a Marvel movie. Image via @kimkardashian/Instagram

Reality TV star and fashion mogul Kim Kardashian is undoubtedly all about the look looks, money and glamour. The 41-year-old has built herself a career from her beauty and apparently will stop at nothing to make sure she keeps that beauty for as long as possible – even if it means having to eat poop.

Despite this, the Keeping Up With the Kardashians star would do just about anything to stay young and beautiful, or at least that’s what she says.

Speaking in an interview with The New York Times, Kim said that she would eat poop if it would help her stay young.“I’ll try anything,” she said in the interview published on Wednesday this week.

“If you told me that I literally had to eat poop every single day and I would look younger, I might. I just might,” she joked.

The star also spoke about her new skincare line SKKN by Kim which launches later this month.

According to her, the nine product set – which costs $630 (just over R9000) is all necessary to ensure the best outcome. She also slammed people who act like they don’t care how they look:

“So many people want to act like they don’t care about how they look,” she explained to the Times. “I’m not acting like it comes easier or it’s all natural. You just don’t wake up and use whatever. You wake up, you use ingredients.

The poop comment didn’t go unnoticed by social media users who trolled the star for her need to look a certain way.Some even joked that her skincare range may have poop as an active ingredient.

“In all seriousness this is so unfortunate. Let’s normalize not being afraid to age and grow old. The only reason you would want to be young forever is if you’re not satisfied with life, and thats coming from someone so rich smh. money ≠ happiness”