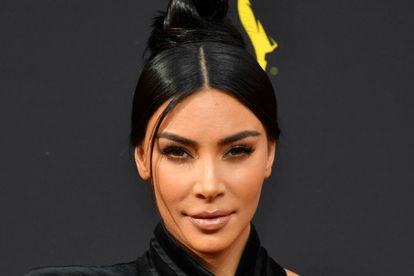 The Keeping Up with the Kardashians star took to Instagram to share the impressive accessory by Gabby Elan Jewelry, which is estimated to have cost around $5,000, with her 210 million followers.

Underneath a close-up of the glimmering grill, which is set with opal stones and pavé diamonds, she wrote: “New opal birthstone grill alert.”

Kim and Kanye and no skimping on Skims

Meanwhile, the 40-year-old reality star – who is divorcing rapper husband Kanye West – recently admitted it was “such a proud moment” when Martha Stewart told her she loves her shapewear line, Skims.

The businesswoman founded the brand in 2019, and has revealed some of the celebrity Skims fans

Kim recalled how the 79-year-old television personality and fellow businesswoman once told her at a party: ‘I just need Skims; I love it.’

She continued: “I was just like, ‘Anything for you.’ It was such a proud moment.”

Actress Kathy Bates, 72, is also a fan and Kim would love to get the ‘Richard Jewell’ star in one of her campaigns.

Should she end up shooting for Skims, Kathy would follow in the footsteps of the likes of Kim’s daughter, North West, seven, and famous faces such as Paris Hilton, Rumer Willis and La La Anthony in promoting the brand.

Kim – who also has Saint, five, Chicago, three, and Psalm, 22 months, with her estranged spouse – also explained why she decided to launch her own shapewear line.

She added: “I always try to see what I’m obsessed with and what’s a necessity in my life. And if it’s not perfect, how can I try to make something that is?”