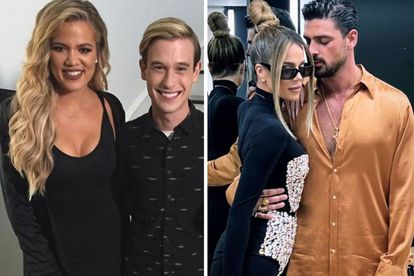 In 2017, celebrity pyschic Tyler Henry warned Khloe to stay away from a man whose name starts with ‘M’ – is it Netflix’s star of ‘365 Days’ actor Michele Marrone?
Image via Instagram
@khloekardashian/
@iammichelemorroneofficial

In 2017, celebrity pyschic Tyler Henry warned Khloe to stay away from a man whose name starts with ‘M’ – is it Netflix’s star of ‘365 Days’ actor Michele Marrone?
Image via Instagram
@khloekardashian/
@iammichelemorroneofficial

Female fans around the world know him as Sicilian bad boy Massimo on the Netflix movie series 365 Days, but to Khloe Kardashian, rumours are rife that Michele Morrone is actually her boyfriend!

The tall, dark and handsome actor has been linked to the reality TV star after a sexy snap of them together went viral.

But whilst fans are praising her hot, new romance after cheating baby daddy Tristan Thompson, some are claiming that Michele could be much worse, according to a cryptic reading delivered by a psychic years ago.

In a pic that had fans salivating, Michele Morrone posted a pic of himself cosying up to Khloe Kardashian

The pair was backstage at a Dolce & Gabbana show in Milan – and the picture was filled with undeniable chemistry!

But was their romance written in the stars? According to a resurfaced clip of Khloe visiting Hollywood Medium star Tyler Henry in 2017, the hot fling is actually doomed!

Sharing the video on TikTok, one fan said: “Do you remember when Khloe got a reading from Tyler Henry? And he was like, ‘You need to stay away from your future boyfriend, whose name starts with an ‘M’”

The video then cuts to the psychic reading, where Tyler tells Khloe: “Whoa! Ok. This is interesting. There is a man with an M name that I don’t care for and it’s not a traditional name, like Michael.

“There is going to be a man with an odd M name, so it’s like Marco or Marcos. This person is going to be romantically interested, and let’s just say ‘no.’ So, sorry Marcos or whoever you are, whoever this is just remember that’s a big red X.”

WILL KHLOE IGNORE ANOTHER RED FLAG?

But with her dismal relationship with ex-Tristan Thompson – hopefully, a thing of the past – fans are not so sure Khloe even knows how to identify a relationship red flag.

But prophecy or not, fans are shipping the hot new couple

@Perla: “I’d ignore everything if I had a chance with that man”

@NIDG: “But if I was her there is no way I will listen. Coz did you see that man?”