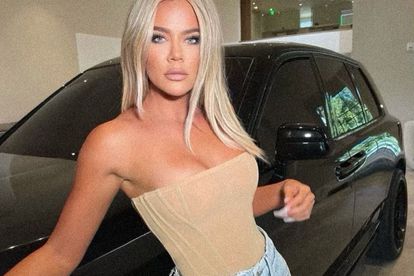 Khloe Kardashian misses being paid to hang out with her family.

The Keeping Up With The Kardashians star and her famous family wrapped filming their reality show around six months ago and while the mother-of-one said it was “nice” not to have to be in full hair and makeup every single day, she did miss hanging out with her family and being paid for the privilege.

Speaking on The Late Late Show with James Corden, she said:

“Since 2007, we haven’t gone six weeks without filming. So, this six months without filming is the longest I’ve ever had. And it was weird at first, but actually nice for a minute because we got to remember, ‘Ok, I’m not mic’d all the time. I don’t have to be in full hair and makeup all day long.'”

“It was nice, but now that we’re back and going, I miss it. Even though we live next to each other and we’re all weirdly obsessed with one another, there’s nothing like being paid to be with one another.”

Meanwhile, Khloe previously expressed a desire to create a Keeping Up With The Kardashians time capsule.

“This really just inspired me. We’ve been talking about doing a time capsule for years but now it’s so fitting. Let’s do a time capsule, like about the show … It would be so nice to end all of Keeping Up With The Kardashians with something that’s tangible for us to have for years to come.”

“And I think we should do a time capsule of our own and every family member should put something that’s really sent to them that in 10 years when we dig this up, will bring them back to something about the show. This is a beautiful tribute to say goodbye to Keeping Up,” she said.