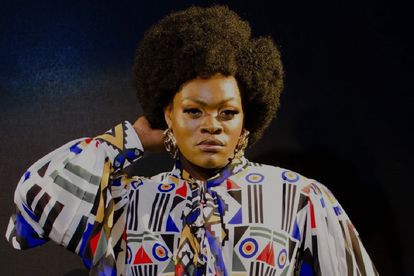 Actor Khaya Dladla opens up about his his mother’s condition in lengthy IG post. Image via @khaya_dladla/ Instagram

Actor Khaya Dladla opens up about his his mother’s condition in lengthy IG post. Image via @khaya_dladla/ Instagram

Former Uzalo actor Khaya Dladla has been going through a difficult period with his family. The media personality took the time to open up on Wednesday, 16 March, in a lengthy Instagram post in which he detailed the painful journey he’s had to take after his mother fell ill.

ALSO READ: Khaya Dladla wants to embrace new roles and not be a stereotype

KHAYA DLADLA POURS HIS HEART OUT ABOUT HIS MOTHER’S CONDITION

Life hasn’t been easy for the House of Zwide actor who shared that his mother suffered a stroke last year which took her speech and mobility away. The Gagasi FM radio host says that, in March 2021, his mum fell ill on the same day his uncle passed away.

“A lot of people don’t know much about my personal life… I lost my dad doing my final year in varsity and I was left with just this woman who gave me life. Last year this time I lost my uncle and on the same day my mom was attacked by a stroke that took her speech away and mobility (couldn’t talk or walk) and I was willing to do and pay any amount to see her regain her normal life again.”

During that time, he says that he didn’t have as much support as he would have liked from family and friends.

“That’s when my real family and friends showed who they were because people will never care for you or your loved ones more than you…. I was left with about 5 people in my life would ask how is she doing? What does she need? How can they help?”

THE ACTOR THANKS HIS SIBLINGS AND THOSE WHO HAVE BEEN THERE

Although the journey has been challenging, the actor praised God for his support system. His sister, Khanyi, and brother, Mfundo, have been by their mother’s side as she gains back her strength. He also thanked his mother’s nurse, Bonny Mweni, and all the therapists who’ve helped her walk again. The post also shows his mother’s progress as she is able to walk now.

“We still have a long way to go but it’s only the moving forward I’m interested in. God bless your hearts and hands for what you have done for my queen and one day I will be able to thank all of you properly,” he explained.

In addition he thanked all his clients because without them he would not have had the necessary finances to pay for his mother’s health care.

ALSO READ: Khaya Dladla says he feels at home in ‘House of Zwide’

The actor ended off his post by encouraging his followers and fans who may be going through a tough period. He explained that he needed to share his story because it might help someone else to continue the journey and not give up.

“To you going through the same thing or any other difficulties in life… remember that god is there and this too shall pass. Just wanted to leave this here as it might help someone else not to give up or just appreciate the people who are your constant crutch when walking any journey becomes too much.”