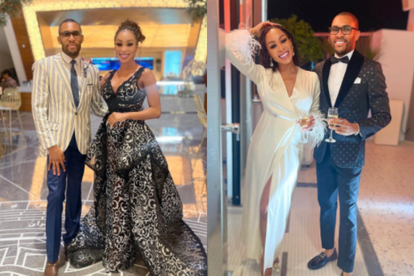 South African actress Khanyi Mbau revealed whether she is ready to start a family with her Zimbabwean businessman bae Kudzai Mushonga in an interview with Tshisa Live on 20 June.

IS KHANYI READY TO START A FAMILY WITH KUDZAI?

Khanyi Mbau and her businessman boyfriend Kudzai Mushonga made headlines in August 2021 when she “went missing”. However, the actress had left her boyfriend in Dubai and returned to South Africa without telling him.

The pair reconciled and Khanyi is living her best life in Dubai and Johannesburg. So, is she ready to start a family with Kudzai? Well not quite…

“I’m in a relationship with a man that I’m not married to, maybe when we’re married we can then find a way, but at the moment I’m still trying to find my own route, this is my journey,” she said in an interview with Tshisa Live.

Khanyi also revealed that she liked the idea of surrogacy.

“A child shouldn’t stop your goals, a child is not something that stops you from being, it’s an addition of you giving life,” she continued.

“Surrogacy is an international phenomenon that has worked for a lot of people…but it also helps you to still have a career and still be you because children also still change people,” she added.

HOW DOES HER DAUGHTER FEEL ABOUT KUDZAI?

Khanyi revealed that Kudzai’s “meltdown” over Instagram Live is what made her fall in love with him.

“That made me fall in love with him even more … that this man went public to say ‘guys, I’m stressed, I don’t know where my heart is’ … that is love,” she continued.

The actress also revealed that her daughter Khanukani, who she shares with Mandla Mthembu loves Kudzai.

“I’m allowing her [Khanu] to also weigh her options and her feelings to see how she feels about my relationships and my choices … She loves him and they love each other and they get along, but my daughter always fights for her, his time, me time … she’s always preaching balance,” she added.