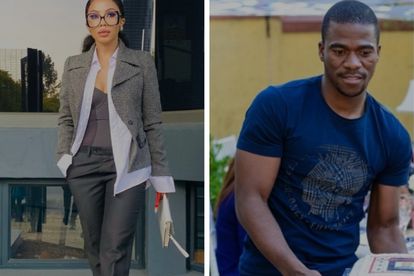 A shocking video of school children singing a derogatory song about musician Kelly Khumalo has emerged on social media.

The children, who are in school uniform and are filmed in the classroom, can be heard hurling insults at the Empini singer in the song as they label her a “Johannesburg b**ch who killed Senzo Meyiwa.”

This is not the first time that a video of the disturbing song is shared on social media. Videos of adults singing the song while doing the Zulu dance (ukusina) have previously circulated. However, this is the first time that children are heard or filmed singing it.

In the song, the Life With Kelly reality TV star is accused of murdering her late boyfriend and former Orlando Pirates goalkeeper, Senzo Meyiwa.

“I hate Kelly Khumalo. She is a Johannesburg b**ch who murdered Senzo Meyiwa,” the lyrics of the song read when translated from IsiZulu.

ALSO READ: ‘They were going to kill me’: Kelly Khumalo on beefing up security

Meyiwa was gunned down on 26 October 2014 in Vosloorus at his then-girlfriend, Kelly Khumalo’s mother’s house.

Present that fateful night was Kelly Khumalo; her mother, Ntombi Khumalo; her sister, Zandie Khumalo; her sister’s boyfriend at the time, Longwe Twala; the late player’s friends, Mthokozisi Thwala and Tumelo Madlala; as well as Kelly’s son and daughter she shares with Jub Jub and Meyiwa respectively.

According to the witnesses in the house, the star was killed during an armed robbery. This led to the arrest of five hitmen – Muzikawukhulelwa S’Tembu Sibiya, Bongani Sandiso Ntanzi, Mthobisi Prince Mncube, Mthokoziseni Ziphozonke Maphisa and Fisokuhle Ntuli in 2020. However, the soccer star’s family do not believe the men were the ones who killed him.

The long-awaited trial began in April 2022 and has been marred with lots of controversy including a second docket allegedly implicating those who were in the house as well as allegations that Kelly Khumalo was the one who murdered Meyiwa.

Kelly and her sister Zandie have previously said that they want their day in court. In a recent interview on eNCA, Zandie questioned why Meyiwa’s wife, Mandisa Mkhize has never been a suspect in the murder investigation of the late soccer player.

TWEEPS ON SONG ABOUT KELLY: ‘THIS IS DISTURBING’

The video of the school children singing about Kelly Khumalo has caused a lot of outrage on social media, with many netizens expressing that they find it distasteful and disturbing.