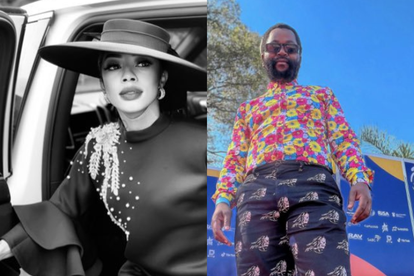 South African social media users are evidently tired of what they are calling double standards when it comes to cancel culture and the treatment of celebrities. The issue has once again been brought to light by one social media who questioned the fact that accused rapist Sjava was “cancelled” over the allegations while Kelly Khumalo, who has been accused of playing a role in her ex Senzo Meyiwa’s murder, is still receiving love and support in her career as a musician.

Cancel one, cancel all: SA calls on Kelly Khumalo to be cancelled

Many social media users have expressed their disdain for cancel culture and how it doesn’t seem to affect everyone equally.

A few years ago, in 2020, South African rapper Sjava’s career was nearly ruined by rape allegations levelled against him by his ex-girlfriend Lady Zamar.

Singer Kelly Khumalo has also been accused of murder but continues to find success in the music industry.

According to certain Twitter users, this is the perfect example of how cancel culture can sometimes be unfair.

Many people are of the opinion that Kelly – like Sjava – should be facing backlash.

“Sjava was wrongfully accused by Lady Zamar and they tarnished the man’s reputation and cancelled all bookings, yet missy here is leaving her best life.”

While @neo_tebogo also took issue and tagged Showmax in her post as she wrote:

“Dear @ShowmaxOnline if Kelly Khumalo was a man, would you have reacted the same way? Your mother Company Removed Sjava for rumours and tabloid stuff, not evidence let in court.”