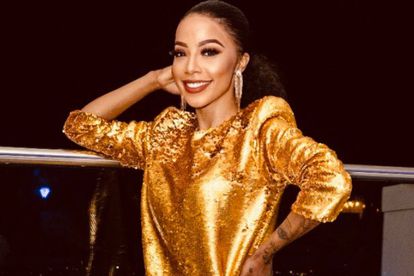 Kelly Khumalo says the ‘noise’ surrounding the Senzo Meyiwa trial has ‘nothing to do with her’. Image via Twitter @KellyKhumaloZA

Kelly Khumalo says the ‘noise’ surrounding the Senzo Meyiwa trial has ‘nothing to do with her’. Image via Twitter @KellyKhumaloZA

In 2014, South African singer-songwriter and reality television star Kelly Khumalo was one of five people in her mother’s Vosloorus home when her boyfriend and Orlando Pirates goalkeeper Senzo Meyiwa was murdered.

While there has been a lot of controversy around Meyiwa’s trial, which is set to resume on 30 May, Khumalo told radio host Relebogile Mabotja that the “noise” has “nothing to do with her”.

ALSO READ: ‘I believe in you’: Jub Jub’s b-day message to his son with Kelly Khumalo

Kelly Khumalo joined Relobogile Mabotja on her radio show, 702 Afternoons with Relebogile Maotja on Friday 20 May to chat about her upcoming concert in Johannesburg, her gospel music and more.

The singer has often been a topic of conversation on social media following the release of Netflix’s five-part documentary Senzo: Murder of a Soccer Star and the Senzo Meyiwa trial.

“The noise is external [and] has absolutely nothing to do with me. When I’m needed and when the time is right, the world will hear my voice. They will not hear my voice when they feel they should,” said the 37-year-old singer.

“Whatever feelings they have towards me. I feel like it’s a projection because this is not the only case that has been a failure when it comes to the justice system.”

‘THE VOICE OF AFRICA’ GOES GOLD

The star singer’s album, The Voice of Africa, was released on 9 October and featured the likes of Hlengiwe Mahlaba and  Mondli Ngcobo.

Khumalo is now celebrating the album reaching gold status and three songs on the album achieving platinum status. She celebrated at the Ukko restaurant in Bryanston on Thursday 19 May.

“Actually, for the first time, I deserve it. I worked damn hard. Funny enough, I was happy with what I got last year. I thought, God, I wasn’t expecting much, but you gave me so much. But when God gave more, I was shocked,” she told Channel24.

Kelly Khumalo will be hosting her Kelly Khumalo And Friends concert on Saturday 28 May at the Meriting Events Centre in Vanderbijlpark in the south of Johannesburg.

The event is set to feature a star-studded lineup including Somizi, Vusi Nova, Lady Du and gospel giant, Hlengiwe Mhlaba.

General access tickets for the event are R250 and R350 at the gate and VIP tickets are R700 each.