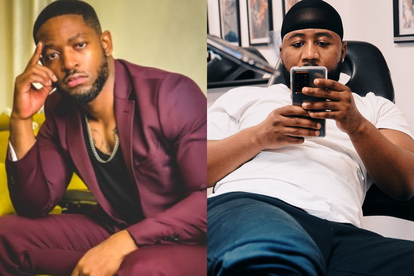 Cassper’s ‘The Braai Show’ kicks off with ‘decent’ ratings

On 8 September this year, The Braai Show with Cassper Nyovest premiered on SABC 1 after a lot of back and forth with South African rapper Kiernan “AKA” Forbes who initially contested having Cassper as the show’s new presenter.

Despite all the drama, the show kicked off and according to entertainment reporter Phil Mphela, had “decent” ratings. TshisaLive reports that Cass raked in 2.2 million viewers, while AKA raked in 2.88 million – 60 000 more viewers than Cassper.

ALSO READ: Hot off the heat: Who will join Cassper Nyovest on ‘The Braai Show’?

After spotting the numbers, Prince Kaybee took it upon himself to make his views about Cassper taking second place to AKA quite clear. In a very shady tweet, Kaybee wrote that Cassper’s numbers were not worthy of applause.

He also added that the hype around the show wasn’t balancing with the numbers that the show was actually pulling.

“Numbers have always been denying what hype portrays…easy science,” he wrote in a tweet on 17 September last week.

Mzansi is unimpressed…to say the least

People were not happy with Kaybee and his tweet. Many of them accused him of being unable to clap for others. A lot of people headed to the comment section where they basically told him to keep quiet if he had nothing good to say. Read some of their comments below:

“Kabelo u disappointing me bathong hee.”

“Get your own show and let’s see if you can do better. Man is focusing on his shit and he’s doing great. You make it sound like 2million is a lousy number, pure bitterness.”

“It’s weird how you never miss an opportunity to gun for this guy.”