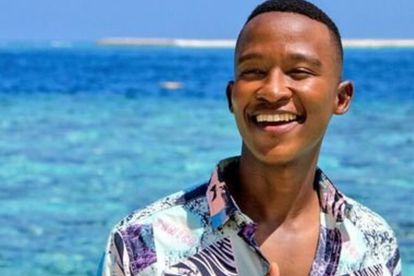 Award-winning TV host Katlego Maboe is finally getting his career back on track. The former Expresso Morning Show presenter has had his life turned upside since 2020 when his marital affairs were made public by his ex and mother of his son, Monique Muller. At the core of their disagreements were allegations of infidelity and physical abuse.

After losing his employment at the Expresso Morning Show and his contract with OUTsurance, Maboe has not been seen in the limelight by his fans. However, that is about to change as he recently announced bagging a new gig.

ALSO READ: Katlego Maboe: Will he tell his story on MacG’s ‘Podcast and Chill’?

On Friday 18 March, the media personality announced, on his social media accounts, that he is now the host of a wellness podcast show. This news come just two months after the 35-year-old presenter released a statement announcing winning the case of abuse that was levelled against him by his ex.

In an Instagram post, which was accompanied by a celebratory video of a TikTok challenge called #DropChallenge, Maboe revealed the hosts of The Wellness Plug who will be co-hosting with him. These are The Wife actor, Linda Majola, as well as medical doctor, DR Tshidi Gule.

DETAILS ON THE SHOW

According to the show’s Instagram account, The Wellness Plug “delivers health as a new love language to listeners wishing to take care of themselves in an ever-changing world”.

Described as “the go-to wellness podcast for 2022,” the show will start airing on 1 April on your favourite podcast platforms.

“This dynamic trio brings a refreshing take on health topics, promising a safe space to have honest conversations, answer burning questions and walk an authentic wellness journey together, one episode at a time.”