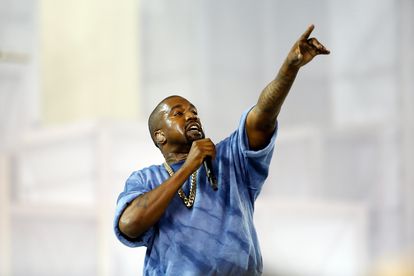 Kanye West is raking it in like never before. Image: Ezra Shaw/Getty Images

Kanye West is raking it in like never before. Image: Ezra Shaw/Getty Images

Kanye West is now believed to be the richest black man in the United States of America (USA), boasting an estimated net worth of $6bn (R88.6bn).

In 2015, Kanye West disclosed that he was in debt to the tune of $16m and a year later that figure jumped to $5m. However, in 2018 Kanye’s financial fate began to change as his Yeezy brand, an clothing and sneaker range, started to bring in more than $100m in royalties through its partnership with Adidas.

The rapper’s net worth faced a significant increase from the reported amount in April 2020 of $3bn (R44.3bn) by Forbes. This is due to Kanye’s sneaker and apparel business Yeezy, which partnered with Adidas AG and Gap Inc. The partnership led to the business being declared worth between $3.2bn (R47.3bn) and $4.7bn (R69.5bn) by UBS Group AG.

A bank document revealed the sale of Yeezy’s Adidas sneakers remained constant through the pandemic. Sales grew by 31% to almost $1.7bn (R25.1bn) in annual revenue in 2020, netting Yeezy $191m (R2.8bn) in royalties. Adidas runs the Yeezy supply e-commerce site where the sneakers are released.

The new Gap collection partnered with Kanye’s Yeezy could be worth an estimate of up to $970m (R14.3bn) of that total, according to Bloomberg.

The Gap and Yeezy collection is set to launch in July. According to the bank document, Gap expects the Yeezy line to break $150m (R2.2bn) in sales in its first full year in 2022. Gap envisions the brand will rake in billions of dollars within the next eight years, with sales exceeding $1bn (R14.7bn) in 2023.

“West, who retains sole ownership and creative control of the Yeezy brand, signed a 10-year agreement last year to design and sell clothes for men, women and kids under the Yeezy Gap label,” Bloomberg reported.

The arrangement excludes footwear, however, as Yeezy’s partnership with Adidas lasts until 2026.

An unaudited balance sheet of Kanye West’s finances provided by his lawyer to Bloomberg revealed his cash and stock investments.

The US rapper has $122m (R1.8bn) in cash and stock, and more than $1.7bn (R25.1bn) in other assets. One of these is his investment in ex-wife Kim Kardashian’s underwear label Skims. Kim and Kanye have recently gone through a divorce that has allegedly left them on a ‘no direct contact’ basis.