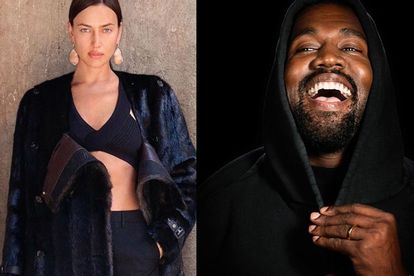 Fresh out of his divorce from reality star Kim Kardashian, rapper Kanye West spotted spending his birthday on 8 June with model Irina Shayk in France.

In photos published by Daily Mail, Kanye West and Bradley Cooper’s ex Irina Shayk can be seen taking in the beautiful countryside in Provence, France where the pair are reportedly staying at a luxury 600-acre boutique hotel called Villa La Coste. This hotel is popular among artists and celebrities which features a winery, spa, art centre and restaurants.

This follows Kim Kardashian’s sweet birthday tribute to Kanye saying “love you for life” after having an emotional breakdown over her divorce on a recent episode of Keeping Up With the Kardashians where she calls herself a failure for a third failed marriage.

Kim Kardashian filed for divorce from Kanye on 19 February and in March the pair were reportedly on a no direct communication basis with Kanye changing his phone numbers and telling Kim to contact him via security.

People who spotted the rapper and model together in France thought they looked happy, relaxed and Irina was like a muse to Kanye.

“They were taking pictures of each other and the sculptures. They looked incredibly happy and relaxed. It was just them and a few friends,” said an eyewitness to E! News.

E! News reported that the pair spent three nights at the hotel in France before heading back to New York yesterday, 9 June.

“Kanye photographed Irina any chance he could. She loved posing for him and he got very into what he was creating with his photographs. She looks like his muse,” said a source to E! News.