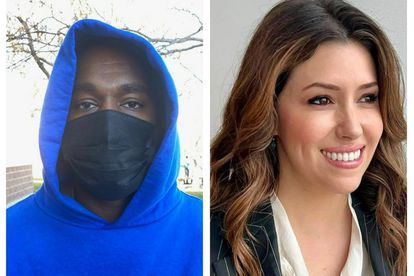 Kanye did not want to apologise for his hate speech words. Images via Instagram: @camillevasquezz

Kanye did not want to apologise for his hate speech words. Images via Instagram: @camillevasquezz

Rapper Kanye West has reportedly fired his attorney Camille Vasquez after he failed to apologise for his anti-Semitic remarks.

TMZ reports that sources with direct knowledge informed them that “after [Ye] doubled and tripled-down on his anti-Semitic remarks over the weekend, Camille informed her firm, Brown Rudnick, she would no longer work with Kanye”.

“We’re told Brown Rudnick still attempted to work with Kanye, but only under the condition he publicly retract his hateful and anti-Semitic words. Our sources say [he] refused to do so, and fired Brown Rudnick,” – as per TMZ.

On Friday 21 October, Kanye hired Camille and the Brown Rudnick firm. The publication was told that Camille will be among a group of attorneys representing Ye’s business interests — contracts, deals, the works.

Ye has been losing a lot of deals and partnerships as of late. The fashion house Balenciaga also announced on Friday 21 October that they are cutting their relations with Kim Kardashian’s ex-husband.

“Balenciaga has no longer any relationship nor any plans for future projects related to this artist,” parent company Kering told WWD.

Page Six said that the “growing distance between Balenciaga and West became apparent before Friday’s announcement, as the rapper’s runway image was removed from both Vogue’s and Balenciaga’s website; pieces from his Yeezy Gap Engineered by Balenciaga collab were scrubbed from Gap’s site as well”.

Vogue also ended their relations with the designer.

“On Friday, sources told us the fashion royal is finally ready to cut the Grammy winner loose after he made a series of stunning threats against Jewish people, and then aggressively doubled down on them after he was given the opportunity to apologise,” said Page Six.

TMZ adds that, “As for [Ye] … all eyes are currently on Adidas and the billion-dollar partnership the two have created through his Yeezy shoe line. Many people have grown frustrated with Adidas refusal so far to denounce what Kanye has said and their continued relationship“