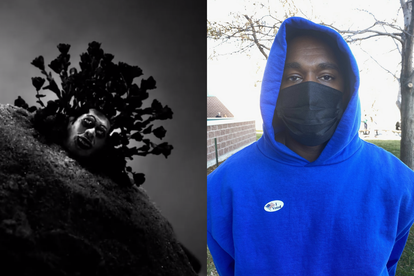 Kanye West just posted his music video for his song Easy in which he buries Pete Davidson alive. Images via Instagram/Twitter: @kanyewest

Kanye West just posted his music video for his song Easy in which he buries Pete Davidson alive. Images via Instagram/Twitter: @kanyewest

Kanye West has clearly not gotten over the fact that his now legally single soon-to-be-ex-wife Kim Kardashian is dating US comedian Pete Davidson. Two months ago, he rapped about Davidson in a new song called Easy, and now he released the song’s music video which features an animation of him kidnapping the comedian and burying him alive.

Despite the fact that Kanye has been dating a number of different women over the last few months, he still won’t seem to let his reality TV star and model estranged wife Kim Kardashian live her life.

The Grammy Award-winning rapper just released his music video for the song Easy which features rapper The Game and let’s just say, he has some worrisome ideas for Kim’s boyfriend Pete Davidson.

Just when we thought his line “God saved me from the crash, just so I can beat Pete Davidson’s a**” was hectic, he decides to depict himself burying Pete alive in the song’s music video.

Kanye, 44, used a series of graphic depictions via clay animation to show how he first throws a bag over the 28-year-old Saturday Night Live personality then ties him up and throws him on the back of an all-terrain vehicle.

A wild imagination or a deadly threat

Another scene shows Kanye dragging Davidson through dirt before burying him alive while leaving his head above the dirt. He then throws rose seeds on his head and watches the flowers bloom.

And when we think it can’t get any weirder, he cuts the roses off and puts them into a pickup truck which resembles the one he used to deliver hundreds of roses to Kim on Valentine’s Day this year.

Kanye ends the clip with a direct message to Pete: “Everyone lived happily ever after, except Skete” before crossing out the name and writing “you know who”.

Watch the clip which was shared to his Instagram page below:

The clip has caused instant outrage by social media users who have advised Kim and Pete to file a restraining order against Kanye.