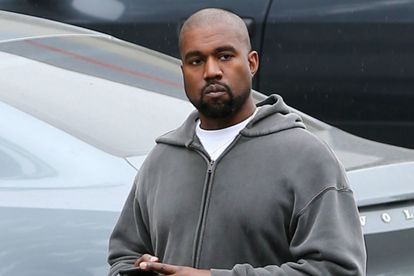 Kanye West is reportedly looking to legally change his name to Ye.

The 44-year-old rapper was born Kanye Omari West, but according to new legal documents filed in California this week, the star is looking to have his moniker legally changed to just ‘Ye’.

According to the documents, which were obtained by The Blast, Kanye said his decision to change his name is for “personal” reasons, but he did not give any further information on his reasoning.

In California, a judge has to sign off on someone trying to legally change their name, and in most cases, the change has to be published in several newspapers.

The potential name change comes as his estranged wife, Kim Kardashian West, will also be looking to change her name when their divorce is finalised, as she’ll likely want to go back to being just Kim Kardashian.

And it was recently claimed the former couple – who split in February this year when Kim filed for divorce following seven years of marriage – have a “friendly relationship” but are not “getting back together”.

“Kim and Kanye have a friendly relationship. It’s always been important to Kim to have a good relationship with Kanye. They are not getting back together though.”

Kanye and Kim “are able to make amicable decisions”

“She accepted his lunch invitation earlier this week because they are at the point now when they can hang out. There are no hard feelings.”

“Kim still appreciates Kanye’s business advice and guidance. She is happy that they can hang out. For a long time, Kanye was very upset and disappointed that Kim filed for divorce. She understood why and gave him space.”

The 40-year-old reality star and the ‘Heartless’ rapper – who have North, eight, Saint, five, Chicago, three and Psalm, two, together – are now “are able to make amicable decisions” that benefit their children.

“It’s admirable. They have come a long way. The kids are thrilled when they see Kanye. Kim wants them to have an amazing relationship with their dad, just like she did with her dad.”

ALSO READ: It’s over! After ‘secret’ dinner with Kim, Kanye and Irina Shayk call it quits