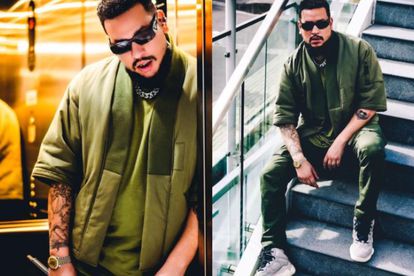 South African rapper AKA just gave his friend and fellow musician K.O a shoutout following the success of his latest hit Sete. The song has reached a number of milestones after its release late last month. In a heartwarming social media post, AKA praised K.O for being able to reinvent himself after so many years in the music industry.

The heartwarming post comes after AKA jokingly complained that Sete was stopping his song Lemons (Lemonade) – which is currently at number two on both YouTube and Apple Music – from reaching the number one spot.

AKA gives K.O his flowers for his hit song ‘Sete’

A few years ago, AKA and K.O dropped their hit song Run Jozi. A short while later, AKA popped up in K.O’s music video for Cara Cara.

The two have remained close friends despite K.O’s long break from making music.

In August this year, however, K.O dropped another banger called Sete that features local rappers Blxckie and Young Stunna and has been making waves on various music platforms.

Only a couple of weeks after Sete was dropped, AKA dropped his single Lemons (Lemonade) which features Nasty C.

The song has also been doing quite well but has so far failed to kick Sete off from the number one spot.

After noticing this, AKA playfully took to his Twitter to joke about it.

Hogging the number one spot

“F*cking SETE making my life a misery,” he wrote.

After spotting the tweet, K.O reassured him that he still has some time, writing:

You got this big dawg, it’s only been a week,” to which AKA responded, “Haha!! Very kind of you. You dropped an absolute monster. SR3 sounding goated too“

Social media users loved the hearty back and forth and commended the pair for not letting business come between their friendship.