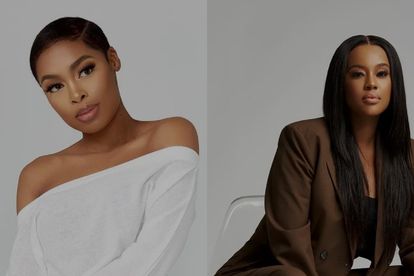 Newlywed K Naomi should be happy, stress-free and enjoying a first few days as Mrs P after married her man Tshepo Phakathi, but instead she’s had to defend herself and her alleged former friend, Tshepi Vundla following nasty claims made on social media.

The media personality has refuted claims she did not invite Tshepi to her wedding because of a supposed fallout.

The two celebrities were known to be pretty close, until it was reported by TrueLove in 2016 that they no longer see eye to eye because of a man. The publication had reported that K Naomi and Tshepi got into a catfight at Taboo over Skwatta Kamp rapper, Shugasmakx. However, all parties involved denied the claims when they were questioned.

Following K Naomi’s widely publicised traditional wedding at the weekend, a Twitter user took to his timeline to bring up the alleged spat, claiming that it was the reason Tshepi was snubbed an invitation at the star-studded wedding.

“K Naomi snubs ex-best friend Tshepi Vundla for wedding invitation. A couple of years back K Naomi dated JR and was friends with Tshepi. Tshepi secretly hooked up with JR because of K Naomi’s busy schedule and Tshepi fell pregnant with JR’s child and kept it a secret. Allegedly,” the tweep wrote.

As expected. the tweet gained traction, with a number of people attacking Tshepi and labelling her a bad friend. However, Mrs P, in a now-deleted tweet, rubbished the claims. She told the tweep that she will not allow him to spread false claims or drag Tshepi.

“Shame you decided to mess with the wrong person today. And I’m not going to let you pass around false rumours or drag Tshepi or I. But carry on, let’s see where this ends,” she wrote.