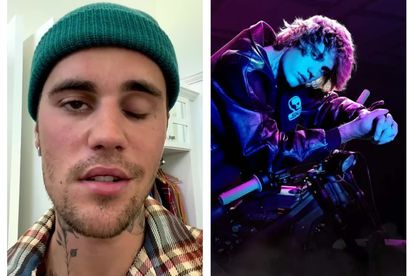 Justin Bieber has been targeted by trolls who have mocked his recent health ailment.
Image via Instagram
@justinbieber/ Big Concerts

Justin Bieber has been targeted by trolls who have mocked his recent health ailment.
Image via Instagram
@justinbieber/ Big Concerts

With the devastating news of Justin Bieber’s deteriorating health, Twitter trolls – who have pledged their support to a pro-Palestine charity – have taken aim at the star’s facial paralysis.

Over the weekend, the 28-year-old revealed he had been diagnosed with Ramsay Hunt Syndrome – an illness that has affected nerves in his face and ear, resulting in what he hopes is temporary paralysis.

But amid growing support of the pop singer, a few supporters of Africa4Palestine have claimed that Justin’s health woes are a “sign from God”.

ALSO READ: ‘Jesus is with me’: Justin Bieber remains positive in health update

On Monday 13 June, Justin Bieber faced renewed criticism from Africa4Palestine amid his prior plans to perform in Israel. The singer is set to perform in Tel Aviv on 13 October 2022. This will be his next stop following his tour of South Africa in September.

The NGO has accused Justin Bieber supporting an “apartheid state” by agreeing to perform in Israel. It will be the singer’s third time performing in the country, which has been accused of hate crimes against Palestinians.

Africa4Palestine spokesperson Tisetso Magama said in a statement to the Citizen: “We call on Justin Bieber to do the right thing and cancel his performance in Israel or face a serious backlash. South Africans and many across the world will not accept a ‘Justice’ tour which includes apartheid Israel”.

The NGO also revealed that they had purchased a large number of tickets to the upcoming concerts in Cape Town on 28 September and in Johannesburg on 1 October – which they plan to “disrupt”.

But Twitter trolls siding with the NGO have taken it a step further by mocking Justin Bieber’s health struggles.

“Don’t worry the Palestinian’s God did this to Justin”, tweeted one supporter, whilst another added: “half of the paralyzed face is a sign from God?”

Dont worry the Palestinian's God did it to Justine ! https://t.co/0N9x5fWzMp

IS THE JUSTICE TOUR STILL ON?

However, after pushing pause after his health setback, it’s unclear if and when concerts will resume.  At this stage, Justin Bieber’s plans to perform in South Africa are also up in the air.

Big Concerts have yet to issue a statement on the course of events.