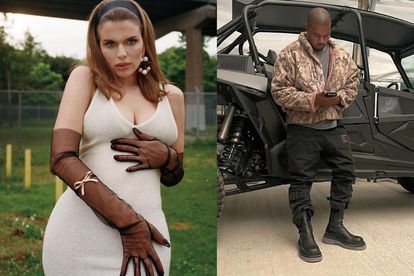 Julia is a made woman because of her relationship with Kanye. Images via Instagram: @juliafox/@kanyewestthegoat.

Julia is a made woman because of her relationship with Kanye. Images via Instagram: @juliafox/@kanyewestthegoat.

Julia Fox may not have the man but sure does have the money. New reports reveal that since the model and actress’ short relationship with rapper Kanye West, she is not only more popular but also more likely to be raking in the cash. Ever since they met on New Year’s Day this year, millions of people have been Googling her left, right, and center.

An insider does however warn that she needs to do something pretty great to remain relevant.

After less than two whole months of a whirlwind romance, Julia Fox and Kanye West are no longer an item. Before they met, little was known of the 32-year-old actress who became instantly famous when she and Grammy-winning Kanye made things official.

Daily Mail reports that an insider revealed that Julia has become a whopping 50% more popular and has shot up on Google search trends.

Not only will she be securing the bag – and will continue to do so if she finds a way to hog the spotlight – her Instagram followers have also shot up to 1.2 million.

The actress has also reportedly been scouted by Madonna to portray her friend Debi Mazar in her upcoming biopic.

‘The best thing for her career’

Prof Jonathan Shalit OBE, Chairman of InterTalent Rights Group says that Julia’s relationship with Kanye was the best thing that has ever happened to her career:

“Kanye will certainly have bumped her by 50% – but she will need to do something tangible this year to avoid the Kanye spark fading away.”