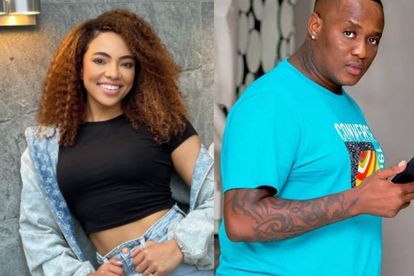 Jub Jub is laying charges against Amanda du Pont for ruining his image. Images via Twitter @bhudiza and Instagram @Amandadupont

Jub Jub is laying charges against Amanda du Pont for ruining his image. Images via Twitter @bhudiza and Instagram @Amandadupont

The suspended Moja Love TV presenter has issued a statement through the family’s spokesperson, Andile Ngcobo.

Sunday World has reported that Jub Jub is serving actress, Amanda du Pont with a letter of demand to retract and apologise for the defamatory allegations she made against him.

The publication has also reported that Jub Jub will be pressing charges against Bonokuhle Nkala, the woman who claims to have witnessed him abusing Du Pont.

“It is unfortunate that these heavy allegations are false and fake.”

“As a family we met Amanda du Pont when our son introduced her to us, we accepted her as one of our own.”

The statement adds that Du Pont also introduced Jub Jub to her father when they dating and that they had mutual respect and understanding, love and support.

“The claims and serious allegations by Ms Du Pont were clearly concocted to injure and defame our son’s name which he is working hard to safeguard.”

Jub Jub has also rubbished claims that he raped Masechaba Khumalo at his mother’s house and says Khumalo made a move on him and he turned her down.

“He will be opening a case of crimen injuria and defamation against Amanda du Pont, Masechaba Khumalo, Bonokuhle Nkala, and Refilwe Khumalo.”

“They have been pulled in to campaign against our son by Amanda du Pont on her social media page.”

“Molemo, our son and his management team will not leave the claims unattended.”

Maarohanye has been trending since Wednesday (1 December) when he announced on Podcast and Chill with MacG that he “smashed” Du Pont.

More women have come out and also said they too were allegedly raped by Maarohanye since Du Pont’s video statement.

Women For Change was founded by ‘Catch Me If You Can’ to create awareness and raise funds to end gender-based violence in South Africa.